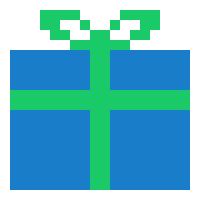 Each holiday season I find myself drawn to a side passion of mine.

While some build model trains and others create Christmas light shows with synchronized music you'll find me on my sofa where I build, explore, and tinker on my own video game engine.

Maybe the sound of wrapping paper tearing acts as a trigger, but I only prioritize time on my game engine during the holiday season.

Do you have a specific hobby that you do during the holiday season but not during other parts of the year?

Why am I working on Christmas every year - Am I a work-a-holic?

Why do I absorb myself into this seasonal hobby? Am I escaping? Or am I making use of down time to work on a project that I am too occupied to even think about during the rest of the year?

What is the last activity a commercial fisherman would do "for fun" on Christmas? Fishing.

What is fun for one person might be work for another. It is relative and depends on context.

I suspect that most people experience a tipping point, when an activity switches from fun to work.

I think, for an average person, this moment occurs when the answer to the following question changes: 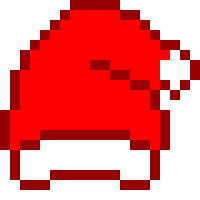 Now that's not to say you cannot find fun while at work, and vice versa. Personally, I aim to land a perfect balance between the two with anything I do.

In my situation, I use the computer "professionally" each work day, for 7-10 hours.

I'm not making an excuse for working during Christmas; I honestly have a blast coding and tinkering on my game.

I love getting stumped and learning. I love showing different ideas to my boys and seeing their eyes light up. I love to see how fast I can implement a small suggestion one of them have. I love how there are no rules and only my own skills and understanding can block me.

While my family is occupied with their new holiday gifts, I use my free time to explore creative ideas on a non-stressful personal project. A project where the stakes are low and the pleasure is high.

Show me the game already!

Here is a short video of the current state of the engine. Let me know what you think in the comments.

I also took the time to learn how to make pixel art using GIMP, a useful skill for making game assets.

Who else makes games during Christmas?

Maverick doesn't rely on the income from his games, so I asked "why are you 'working' on Christmas?" He explained that because he often has a type-a or "goal mindset", he has trouble relaxing until he finishes whatever he is working on. In a sense, he was working Christmas so that he could relax.

As for myself, building games is a passion-oreiented process, I don't rely on the income and I use it to unwind.

We talked about how people can approach activities with either:

The fun part is people are often both, depending on the activity or project. For example Maverick has a passion mindset when making music and DJing, but always takes a goal mindset when it comes to business.

Do you have a specific hobby that you do during the holiday season but not during other parts of the year?

The next year, I must have hacked on something else, with no changes until Oct 09, 2016 where I had two commits.

Like clockwork on Dec 25, 2016 (Christmas) I tried to fix a regression in the engine's collision and intersection code. I left myself some breadcrumb comments to help me debug in the future... Nothing in 2017.

Today is Christmas 2018 and finally I have a work around for the regression I was looking into from Christmas 2016!

This work around ports the Rect intersection logic of SFML from C++ to pure Python and avoids the following error message:

Older versions of the game engine

Some videos of older versions of this game engine.


Want comments on your site?

Remarkbox — is a free SaaS comment service which embeds into your pages to keep the conversation in the same place as your contentr. It works everywhere, even static HTML sites like this one!